JPR began working with our client on conceptual planning for this project in 2010. Through prior business relationships, we knew Culver was already committed to being very green - that is – their goal was to be a zero discharger in terms of all wastes. Conceptual planning involved the very critical tasks of fiscal and utility tariff analysis and then a general engineering overview of available process options. The utility rate review identified the profitability of securing for Culver a spot in NIPSCO’s Feed-In Tariff for renewable energy - specifically for biomass. We then solicited the Ohio-based Organic Waste Systems as the project’s process consultant for assembling the proper digester feed stocks and ratios and for digester start-up. Further ROI analyses demonstrated a 4+ year payback for the estimated $6 million dollar investment. Specialty Concrete of southwest Michigan was then selected as the contractor based on their prior digester experience. Our next step was to prepare the NIPSCO interconnection application which ultimately resulted in a 15 year Power Purchase Agreement to furnish 1.2 MW of power at their FIT buy-back rates.

The first major design challenge was how to treat the nitrogen-laden wastewater from both the Main Plant processing water and later – after the digester was completed – the even more nitrogen-rich “digestate” liquid from the facility. Note, digester energy production from other agricultural residuals like cow manure is well established, but successful implementation of the technology for duck wastes is particularly challenging due to its very high nitrogen content.

Phase I of the project (Fall 2011), which took place prior to actually building the digester, included expanding the constructed wetlands and a new storage lagoon in order to attain the desired zero-discharge of the two waste streams. The final “loop” occurs when effluent from the lagoon/constructed wetlands is recycled via spray irrigation back to Culver farm fields for beneficial crop reuse. Turner Tech, LLC of Winona Lake, IN developed and oversees this facet of the wastewater/wetland system. Between the wetlands, the lagoon and the digester, this total facility now enables tremendous flexibility in managing Culver’s residual nutrients in a very responsible manner by reducing the nitrogen land application rates and the elimination of odors. Further, bio-fibers from the dewatered digstate produce rich, organic compost which can be used as a soil amendment.

Phase II construction - the digestion facility itself — began in early 2012 with initial start-up of the first of three, biogas powered gensets taking place in November 2012. The last unit was commissioned in February 2013. Listed below is a thumbnail description of the facility’s components:

This project is the first and only poultry biogas facility in the Western Hemisphere to utilize 100% of its processing wastes (duck offal and blood) in a digester set-up. Besides these feedstocks, local organic waste streams such as potatoes, corn silage, glycerin waste and brown grease are also used. The 1.2 MW of power generated is enough to operate Culver’s main plant and hatchery with energy left over during average energy usage to power about 60 homes. Besides power, the digester will provide waste heat as well to replace nearly 75% of the farm’s purchased natural gas. The facility has reduced Culver’s carbon emissions by 11,000 tons per year. although the $6 million investment is privately-financed, it has benefitted from the federal renewable energy Production Tax Credit and accelerated tax depreciation. 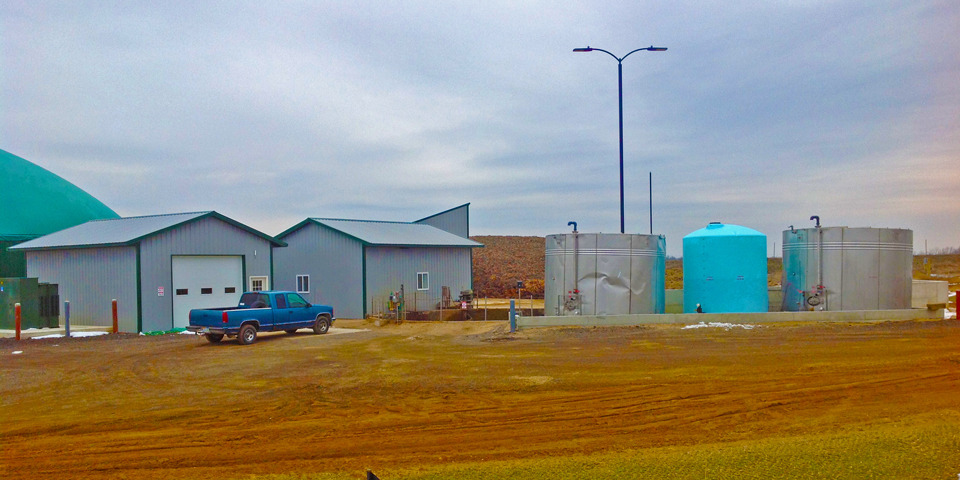 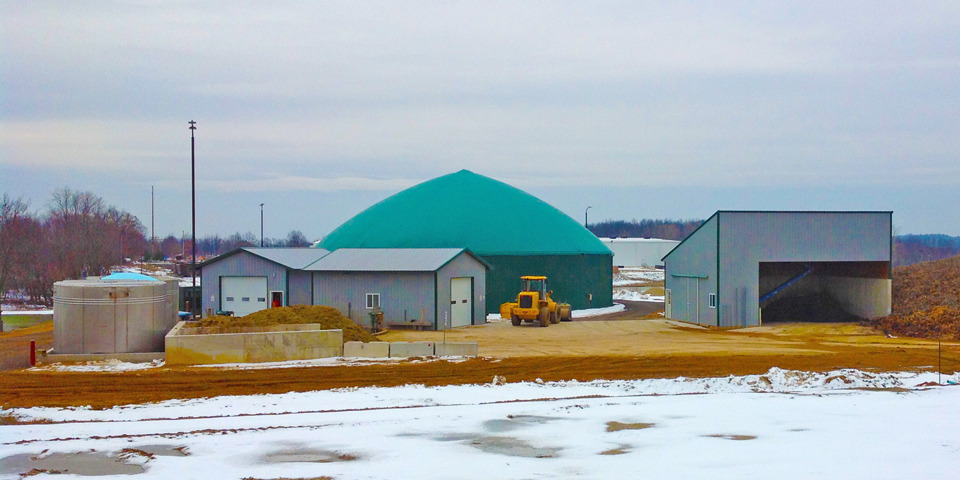