Since 2017, the City of Elkhart has been committed to implementing the Elkhart River District Revitalization plan to fulfill the community vision of developing a flourishing urban, mixed-use, and walkable community.  As part of this plan, over 30 million dollars of publicly funded projects were allocated to improve public spaces, roadways and recreational amenities near downtown.  Included in this public investment, JPR was commissioned by the City of Elkhart to develop the Town Green, a small urban park to serve as the heart of the District.

Bounded by Jackson Boulevard to the north, Martin’s Super Market to the east, and apartment buildings to the south, this highly visible multi-purpose space is designed to be used for both small and large groups.  Open lawn spaces bookend the park and allow for passive play or programmable events like artisan markets and yoga. A central plaza, complete with tables and chairs, benches, large canopy trees, and sculpture node create an ideal dining space for nearby residents, workers, and customers of the Martin’s Side Door Deli.  During the first full year of utilization, the City of Elkhart Parks and Recreation Department began organizing “Wednesday Town Social,” events which included live music, food trucks, and artisan vendors.

This site presented several challenges to work through, and careful attention was given to each task. From east to west there was a four feet elevation change in a relatively short distance.  Arching walkways were utilized to address the elevation change and deliver an accessible route without compromising aesthetics.  JPR also worked closely with city officials, adjacent developers, contractors, and utility providers to ensure the project was designed and constructed on schedule. 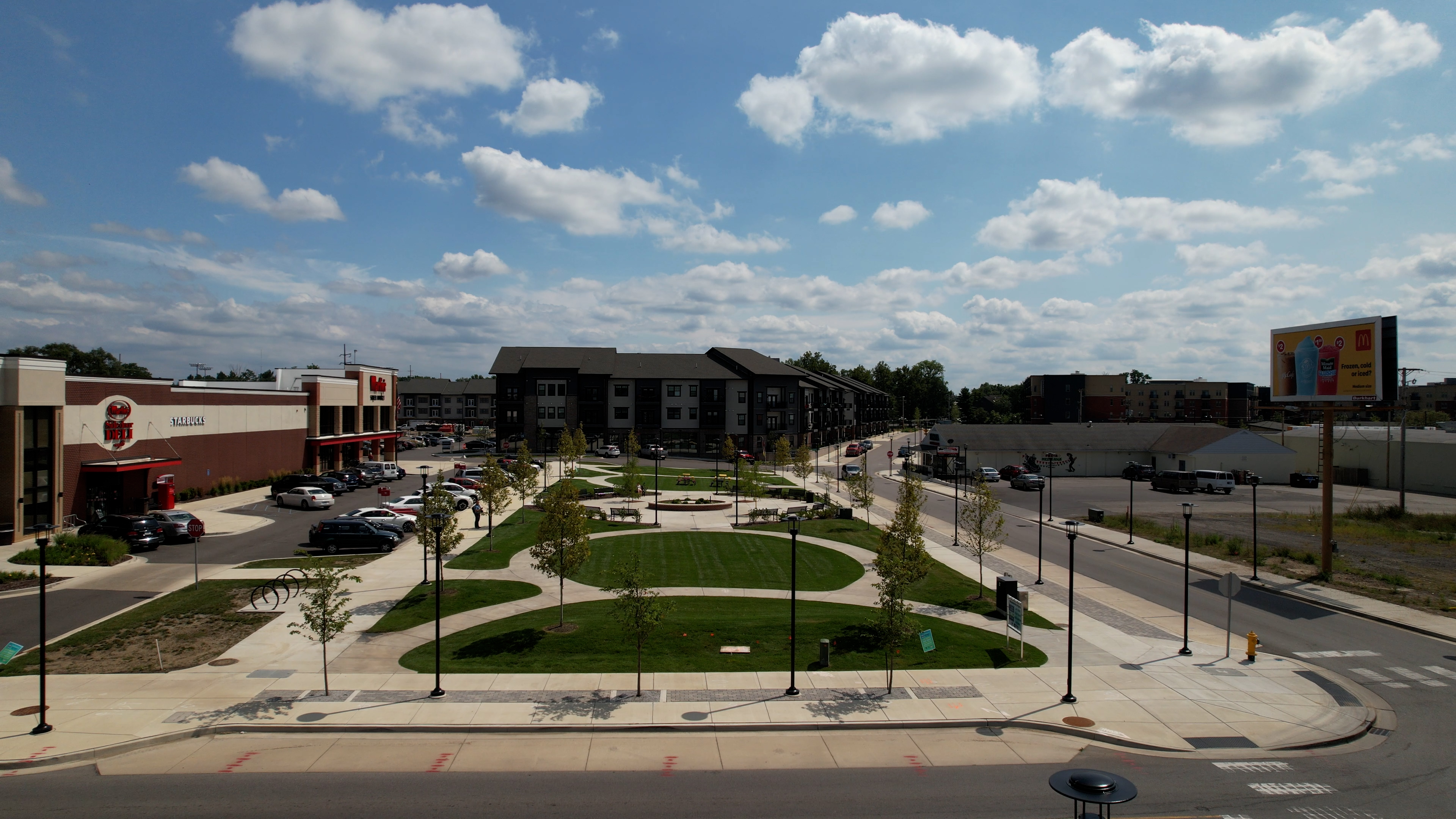 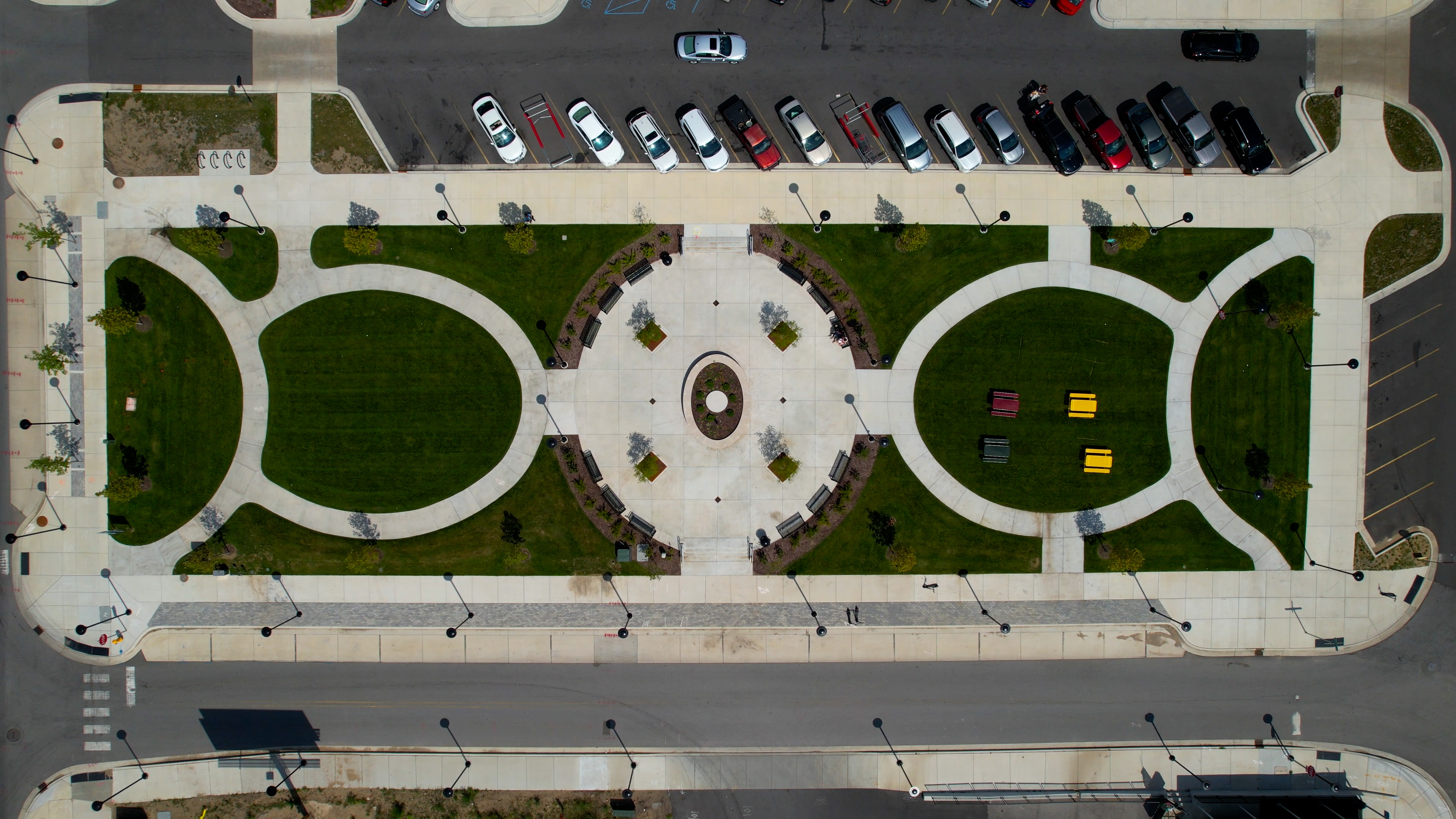 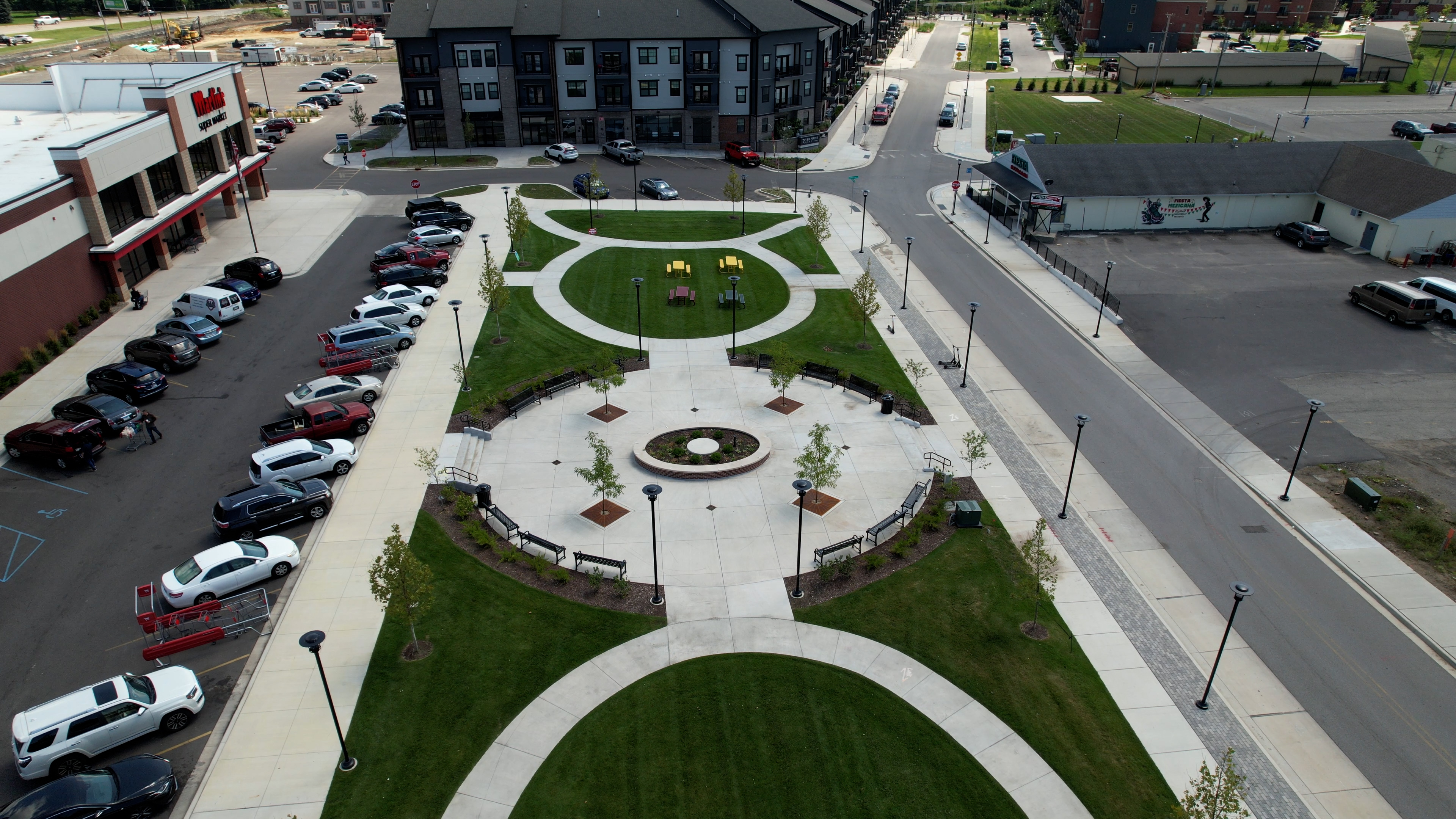