Jones Petrie Rafinski (JPR) aided the Hickory Crawdads, a minor league baseball team in North Carolina, with renovating their existing Crawdads Cafe picnic venue and bar as part of a major stadium renovation for the 2014 season. JPR developed a concept to improve the connection between fans inside the cafe with the seating area and game day action outside the cafe. The design a new overhead structure helped to define an outdoor seating area and provide much needed shade and shelter from the elements.

In addition to the outdoor seating canopy, the existing building underwent a significant facelift that included expanding the kitchen size to meet the needs of the larger venue, a new interior finish scheme and relocating the bar function to the outside wall closer to the field. A series of openings were incorporated with overhead doors to allow the bar to open up to the outside seating area and allow patrons to have a better connection to the action than the existing bar which was confined to the interior. 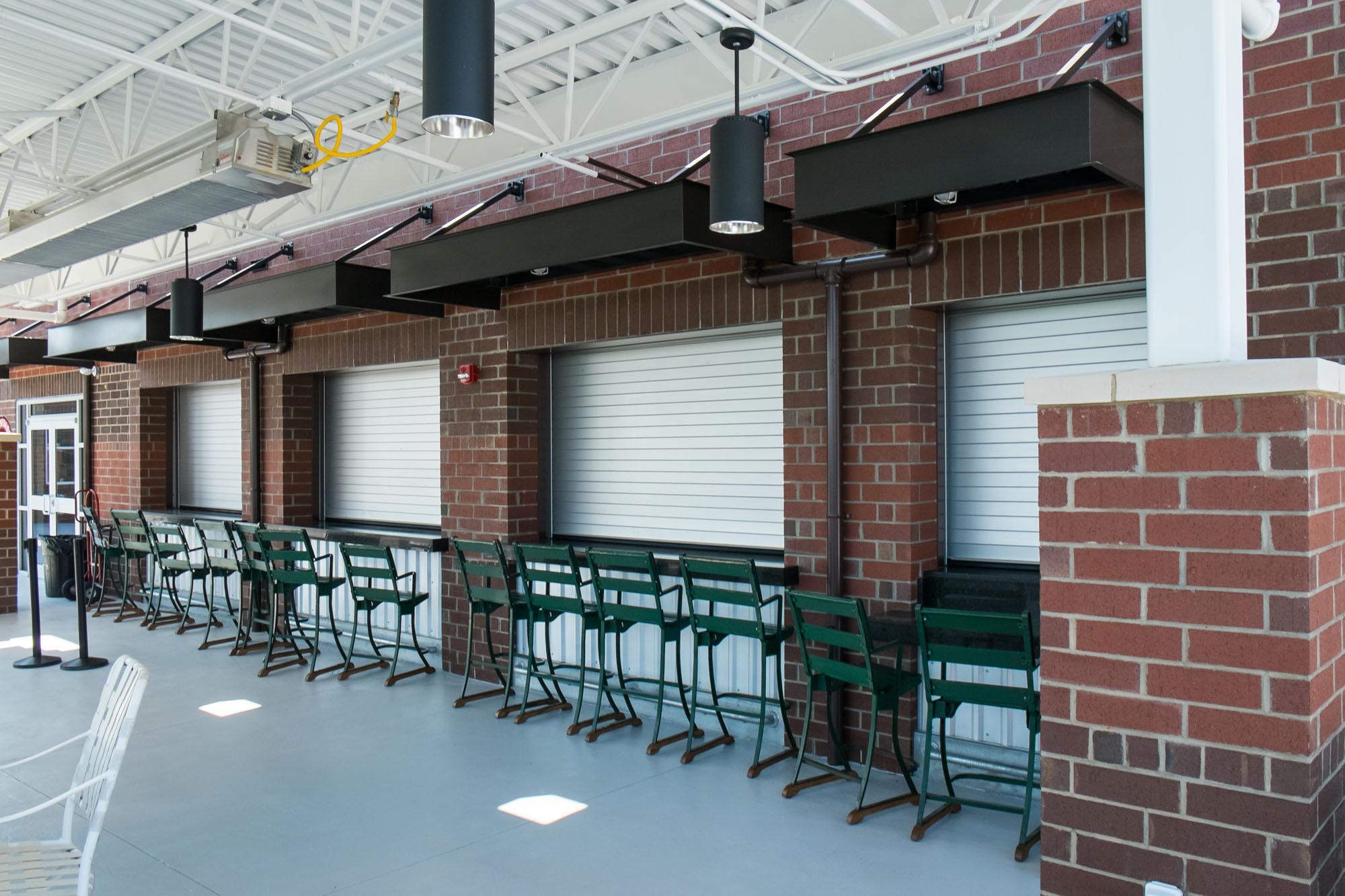 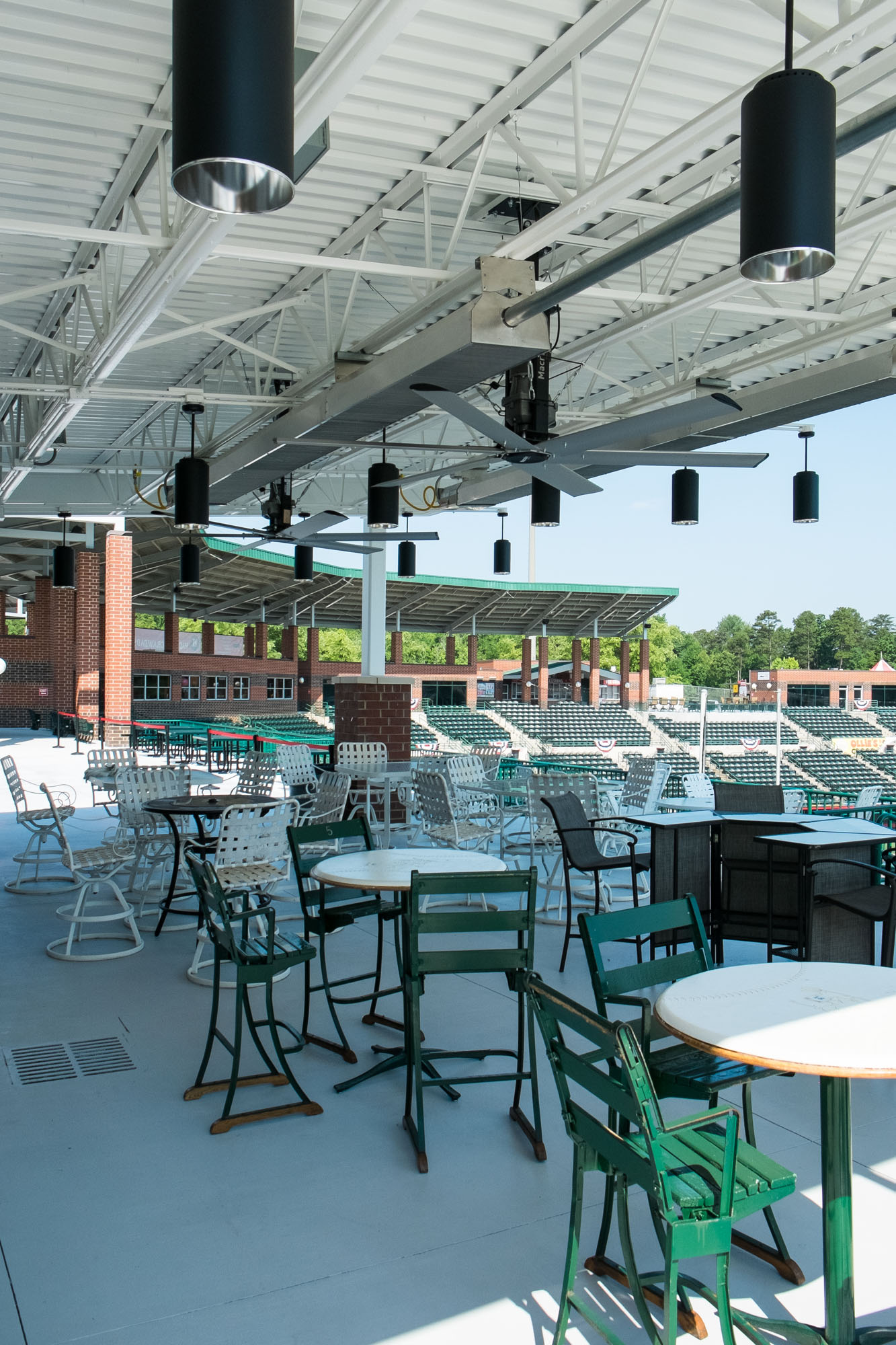 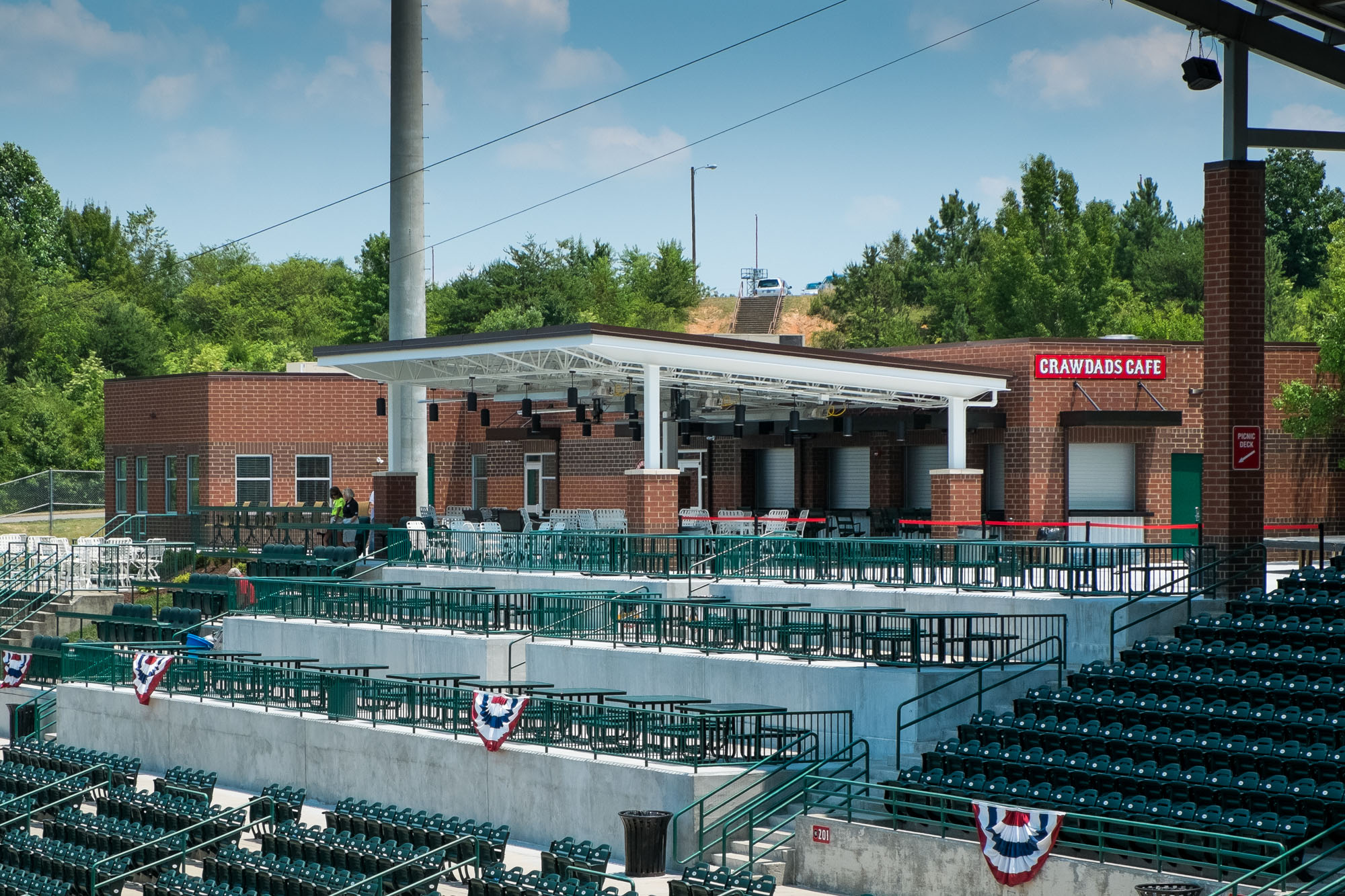 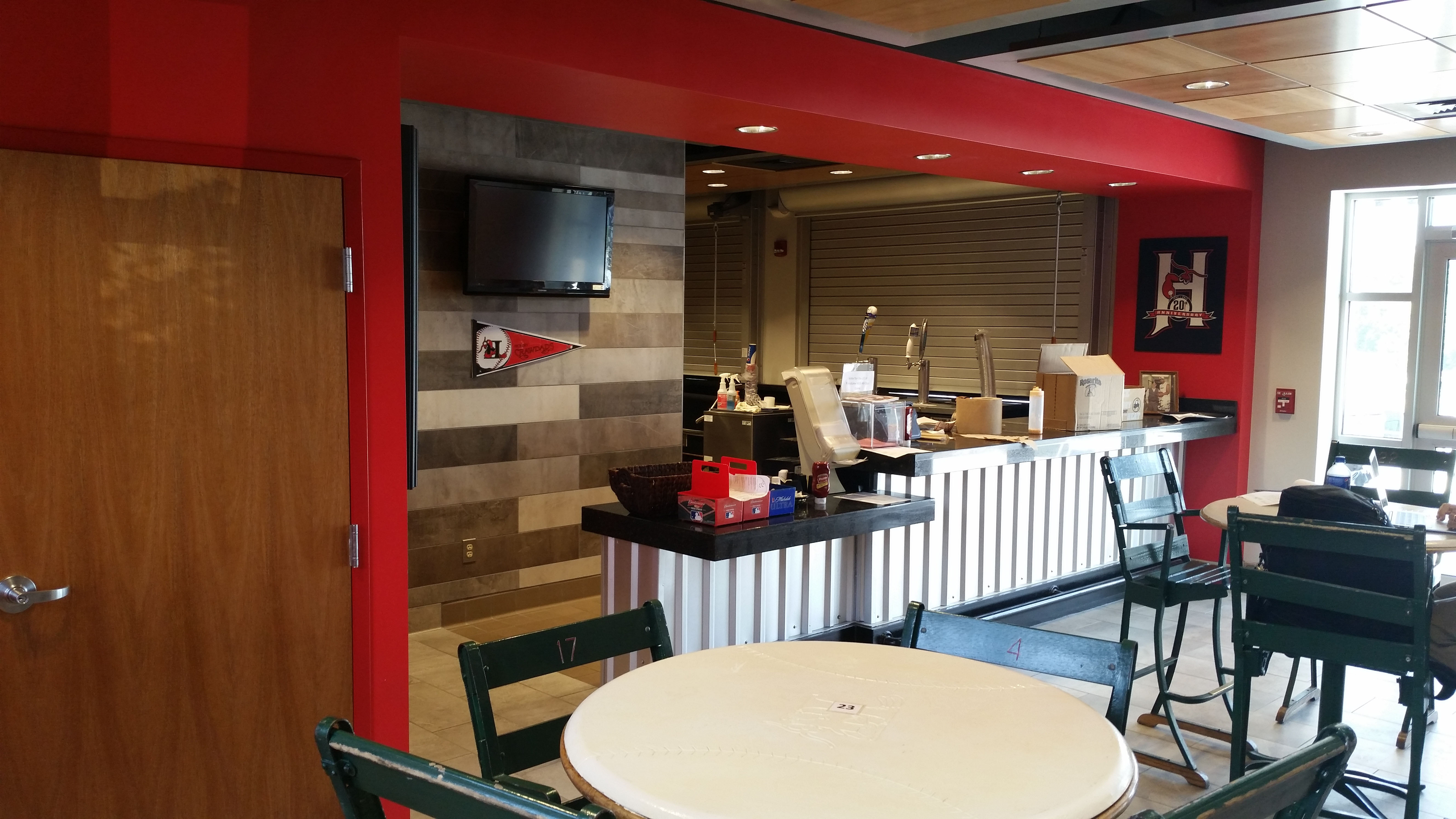 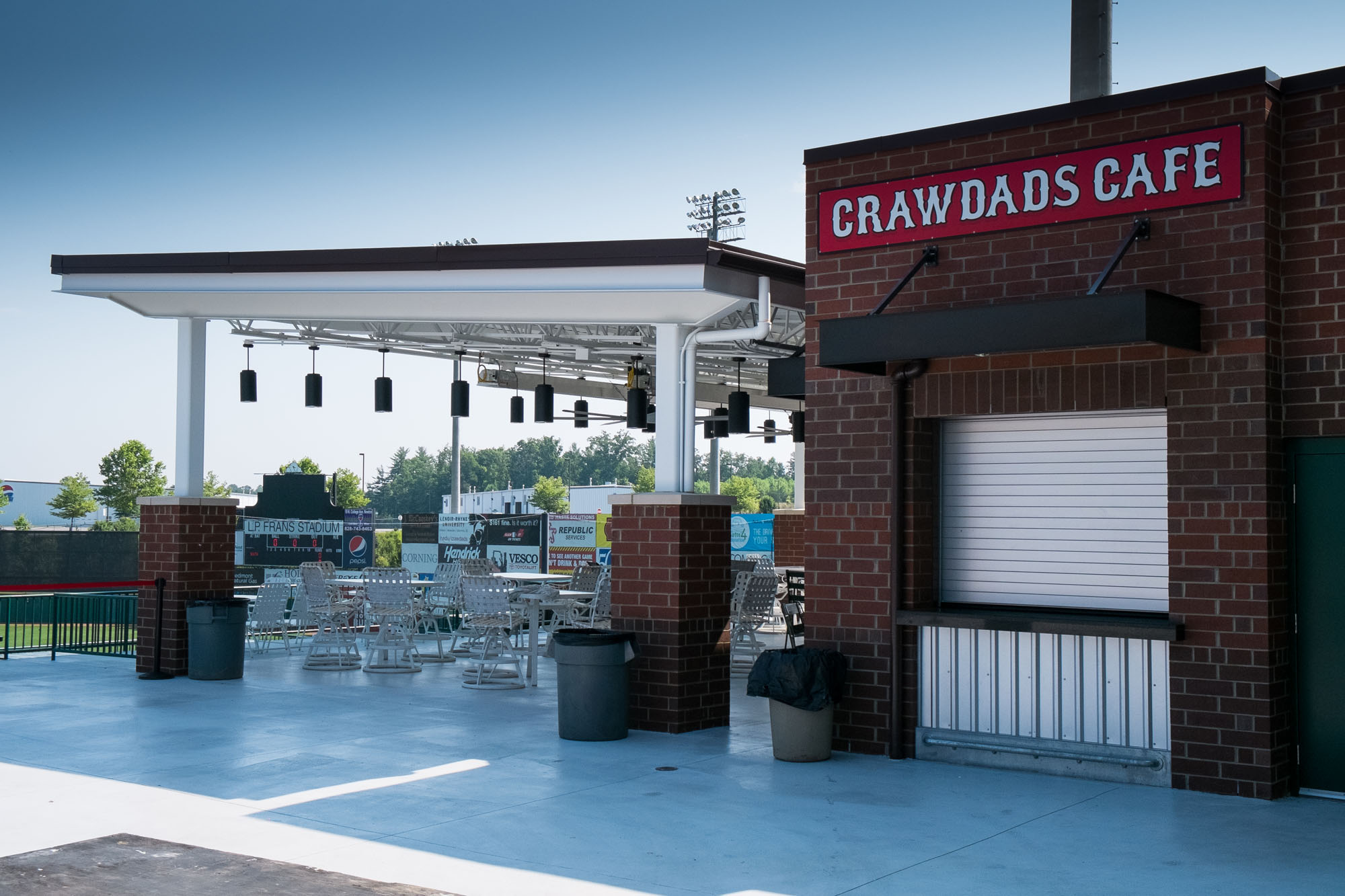